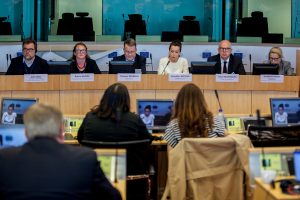 On 7th of June ECRN and Committee of the Regions jointly organized an event on Harnessing the bioeconomy potential of European regions. This was an afternoon full of knowledge-exchange and sharing of real-life experiences. The event was organized just a month after the Opinion of the CoR member Mrs Katrin Budde “The local and regional dimension of the bioeconomy and the role of regions and cities” was unanimously adopted in CoR.

The European Chemical Regions Network is proud to be an example of a network that makes a “major contribution to expanding the bioeconomy” as stated in the CoR Opinion.