Conference on the Implementation of HLG Recommendations on 10 February 2011

Conference on the Implementation of HLG Recommendations on 10 February 2011

The European Commission will host a conference on the follow-up of the High Level Group on the competitiveness of the European chemicals industry in Brussels on 10 February 2011. In addition to presenting the current situation of the HLG implementation with concrete cases and laying out steps to be taken in the future, the event also marks the beginning of the International Year of Chemistry 2011.

The ECRN contributed to the HLG during the group’s working period in 2007-2009 and plays an active role in following up on the ongoing implementation of the HLG recommendations. The network was prominently featured in the Final Report of the HLG and the ECRN has supported and organized various conferences on HLG follow-up, including events in Ústi (CZ),Berlin (GER) and the 8th ECRN Congress in Brussels.

At the upcoming conference, Alberto Cavalli (ITA) will represent ECRN at the event and give one of the opening speeches, alongside with representatives from the European Commission, Hungarian EU Presidency, Cefic, EMCEF, EEB, and EuCheMS. ECRN member regions are also represented in different working sessions throughout the day. 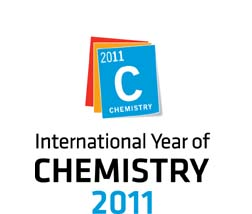 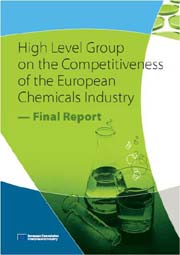